Help us build a strong base of Italian Americans who support Indigenous Peoples Day by signing our statement:

We are Italian Americans who stand in solidarity with thousands of Native peoples from many tribal nations who live in Massachusetts who are working to rename Columbus Day to Indigenous Peoples Day. We believe that a holiday that celebrates the resilience of Indigenous peoples is far more truthful and uplifting than one that honors a man whose legacy is characterized by conquest, slavery, and genocide.

While Italian Americans enjoy recognition and status in this country, these are not privileges afforded to Native peoples. Studies have shown that they are essentially invisible in our society. This perception is caused by racial stereotypes that dehumanize them; white Americans’ lack of interaction with them; biased history taught in schools; and insufficient curricula on past and present Indigenous cultures. For them, the celebration of a man responsible for the genocide of their ancestors is another painful reminder of the ways in which they continue to be made invisible.

By championing Indigenous Peoples Day, we celebrate the diverse histories and cultures of this land’s First Peoples and their many contributions to modern society. We correct false histories, begin to make amends for past atrocities, and support Indigenous struggles for justice. We also honor our own ancestors who persevered in this country despite being victimized for their ethnicity, and we follow the example of the many Italian Americans throughout this country’s history who fought for civil and human rights for all.

Sign our statement as an ally! (non Italian American organizations and individuals)

We are building a coalition of support from nonprofit and social justice organizations, municipal commissions, public figures, business owners, and other allies. There is a field on our statement to indicate your are signing as an ally. 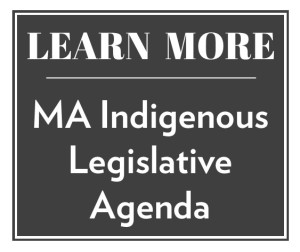 Learn about the Indigenous-led statewide group working to replace Columbus Day with Indigenous Peoples Day in Boston and across Massachusetts at IndigenousPeoplesdayMA.org.